The Ultimate Guide to Visiting the Ngorongoro Crater

Is a visit to the Ngorongoro Crater one of the must-do activities on your upcoming trip to Tanzania? Around 30,000 animals live in the crater, including the famous Big Five, so it is one of the best destinations in the world for wildlife lovers!

And don’t forget the stunning landscapes forged by ancient volcanic activity which, today, are part of the savanna biome.

At Roam Wild Adventure, we are leaders in Mount Kilimanjaro Climbs and multi-day safari tours in Tanzania.

No matter which adventure you join us on, our focus always remains on providing tours that are meaningful and sustainable for you, us, and the local community.

If you have any questions about our tours, please don’t hesitate to get in touch.

For now, though, let’s focus on our ultimate guide to visiting the Ngorongoro Crater! 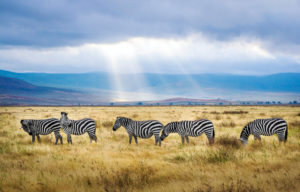 What is the Ngorongoro Crater?

Located in northern Tanzania, the Ngorongoro Crater was formed around two to three million years ago.

A large volcano erupted before collapsing in on itself. This activity created the stunning natural amphitheatre you can visit today.

The crater is part of the Ngorongoro Conservation Area, holds status as a UNESCO World Heritage Site, and is the world’s largest inactive and unfilled volcanic caldera.

The Ngorongoro Crater was also named one of the Seven Natural Wonders of Africa.

And as for the name Ngorongoro — it is derived from the indigenous Maasai people, the area’s original inhabitants. It translates into English as “the gift of life”.

The consensus among historians is that this is due to the area being a natural habitat for so many animals, not to mention its striking appearance. 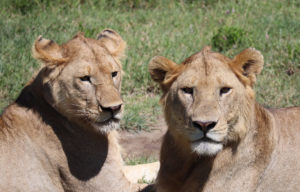 Can I See the Big Five in the Ngorongoro Crater?

Absolutely! In fact, the Ngorongoro Conservation Area is the best place to see the Big Five in Tanzania.

The Big Five of Ngorongoro Crater are:

And there are plenty more animals to see in and around the crater too, including:

You can also see giraffes in the conservation area, but not the crater as they can’t negotiate the steep descent.

Is Birding Possible in Ngorongoro Crater?

Yes, this area is a birder’s paradise! With over 500 recorded bird species, birding in Ngorongoro Conservation Area is one of the most popular activities to do here.

Of course, we can’t list even a quarter of the birds you can find in the area in this blog. However, some of the most popular species include: 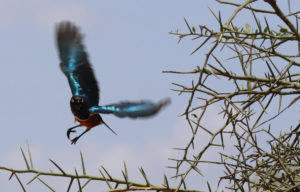 What is the Climate in Ngorongoro, Tanzania?

The Ngorongoro Conservation Area has a mild, temperate climate. However, the altitude within its boundaries varies from 1,027m (3,369ft) to 3,522m (11,555ft), so there are variations in the climate depending on the lay of the land.

The temperature on the rim of the caldera, where many of the accommodation options are, is always cooler than that found elsewhere in the conservation area. This is because it stands at around 2,300m (8,530ft) above sea level.

Ngorongoro experiences two wet seasons throughout the year. The ‘short’ rains typically fall between October and November, while the ‘long’ rains (heavier monsoon rains) occur between March and May.

The crater itself never becomes very hot during the day, so you shouldn’t feel uncomfortable. Because of the altitude, you may experience freezing conditions at night and on early-morning game drives.

Are you looking for travel inspiration elsewhere in Africa too? Check out our list of the Top 10 Must-See African Destinations.

What are the Best Places to Stay on a Safari at the Ngorongoro Crater?

Everyone’s idea of the perfect accommodation differs, so we will avoid saying what is the best option in this blog.

After all, someone with a smaller budget looking for the best camps by the Ngorongoro Crater isn’t going to have the same search intent as another person who wants an all-inclusive luxury lodge on the crater rim.

The good news is that there are great options for all budgets, tastes, and preferences!

The lodges on the crater rim have incredible views of the caldera. This kind of accommodation is limited and in the higher price bracket.

If views from your accommodation aren’t overly important to you, there are some impressive camps away from the rim that are warm, charming, welcoming, and priced more affordably.

Just some of the many excellent options you can choose from include: 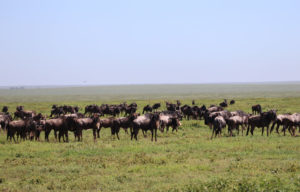 Any Ngorongoro travel guide, map, and more can only introduce the awe-inspiring nature of this magical place.

To round off our guide, we have provided these fascinating bitesize facts about the Ngorongoro Crater.

Are you combining your trip to Ngorongoro with a climbing adventure on Mount Kilimanjaro? To get the most out of your time, make sure you find out how to prepare to climb Mount Kilimanjaro. 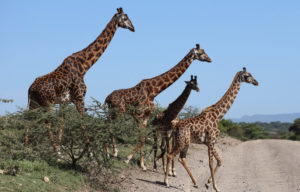 A Guide to Tanzania’s Olduvai Gorge and Shifting Sands

Both attractions are on the road that leads from Ngorongoro Crater to Serengeti National Park.

It’s easy to argue that Olduvai Gorge is the most vital paleoanthropological site on Earth. This is due to the discovery of fossils here that document mankind’s evolution.

Over five decades, starting in the 1930s, Louis and Mary Leakey made multiple remarkable discoveries that led to the conclusion that the human race originated in Africa.

And the mysterious Shifting Sands is only a short distance away. This is a dune of volcanic ash moving through the desert at an incredible rate of 17m (55ft) per year. 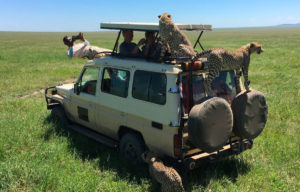 We hope this guide to visiting the Ngorongoro Crater has informed and inspired you.

If you’re ready to start planning the trip of a lifetime, start by browsing our safari tours in Tanzania. Don’t forget, we can customize your excursion according to your timeline and level of comfort.

If you have any questions about visiting Ngorongoro Crater, or you simply want to talk with an expert to get your trip off on the right foot, please feel free to contact us.

How Much Does It (Really) Cost To Climb Mt. Kilimanjaro? Previous Article Kilimanjaro Climb and Safari Package – The Perfect African Adventure Next Article

How Much Does It (Really) Cost To Climb Mt. Kilimanjaro?